KEEPING UP WITH MODERN LIFE

The New York Post describes a British woman and her quest to keep up with her three children. She needed energy, so she turned to energy drinks.

She was drinking around five to six cans a day. Health issues started to plague her. Doctors insisted on fitting her with a pacemaker because her rhythms were dangerously off.

CAFFEINE’S EFFECTS ON THE HUMAN BODY

The main ingredient in energy drinks is caffeine. When you drink more than one can a day, you’re adding many milligrams of caffeine to your diet.

The nervous system reacts with a hyperactive state. Your heart races, reports Healthline.

Drinking many cans on a daily basis forces your heart to beat at irregular rhythms. Over time, the heart begins to lose its natural rhythm.

Cardiovascular problems set in with subtle ease. You may not realize that there’s a problem until a serious issue arises, such as a heart attack. 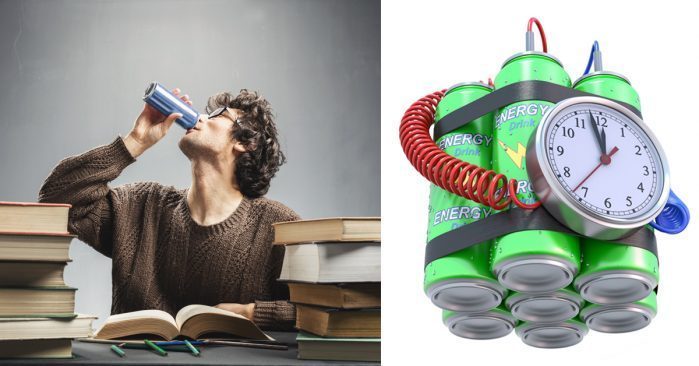 Energy drinks can certainly harm the human body when consumed in large amounts. Serious issues can arise even faster if there’s a personal history of arrhythmia or heart disease in the family, reports the U.S. National Library of Medicine. A health condition doesn’t have to be present for energy drinks to make a negative impact either.

A person taking illicit drugs and combining them with excessive volumes of energy drinks can also induce heart problems.

Moderating anything in life is usually the best way to lead a healthy lifestyle. Consume energy drinks on occasion, but certainly not in great volume. Everyone’s well-being can improve with this mindset. 10 Ways To Use Nail Polish Remover Around Your Home

7 easy remedies that can promote healthy and thick hair

Mom’s Hack For Getting Her Baby To Sleep Through The Night.